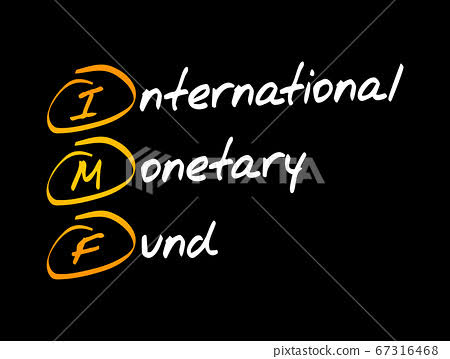 Why the Acronym International?

The acronym international which is used to capture the complex political and economic relations between actors on the world stage is not after all a misnomer.

It is never intended to represent the actor composition on the world economic scene. Primarily, it signposts the global environment of political and economic relations, which is no
doubt across nations, hence international.

Both state and non-state actors conduct economic relations across national frontiers. In an objective context, nation states ultimately determine how, and to what extent of interactions with one another,
and other legislative imperatives for the activities of even non-state actors.

Strategic trade policy teaches us, yet, another lesson. Intra and inter-firm’s strategic policies are made more effective by the overt and covert governmental policies. Economic nationalism of states seeks the protection of both the governmental and private sectors.

Even modern economic integration is no longer an affair between just governments but the private sectors (inclusive) across national frontiers or borders.

• In sum, the use of international to depict economic relations on the world stage is not actor composition in focus but environmental or geographical-across national borders (among other supporting domestic centred policies). As we would observe, the field of study is not a narrow one.

It is a broad and complex one. Like other growing disciplines, international economic relations fascinates many.

The Architecture of the Present International Economic System

If the previous effort is taken as the introduction of the field of study, the present attempt is to describe the existing architecture or structure of the international economic system.

Understanding it is very vital if one must appreciate the politics of wealth creation across national frontiers, and explain why the majority of the
countries appear structurally disadvantaged in the world economic system, while a few are structurally advantaged?

The ingredients of the international economic relations contain observable features over an enduring period of time.

The present international economic order is a single social community Some have redefined it as a global village that is fastly.

assuming the complex interdependence of a global family. This view is to represent the extent to which revolutions in science and technology, particularly in electro-telecommunications, have united peoples and their economic actors into a highly web-like market system.

The global economic village is a mix of wealth and poverty, For sure, some countries are rich and the others are rather Poor.

The rich countries have certain common characteristics. They are economically prosperous, politically stable, socially harmonious and technologically sophisticated. Given the link between politics and economics, the rich countries are very competitive in international trade and exchange relations.

They have the general capacity to bargain, negotiate or respond flexibly in the open-club market system from a position of strength rather than weakness When it comes to strategic trade policy, the leading rich countries-the U.S.A, Japan and the European Union have the policy nerves to protect intra and inter-firms’ competition within the local affiliates as well as between states across national frontiers.

Going by the axiom that a nation is as powerful and influential as the information controlled, the few rich countries have the command and control of information technology and network necessary for the greater flow of trade, capital, high-tech, FD1, marketing strategies and advantages of market offerings.

Together, this reduces their capacity to participate
effectively in international trade. Being weak in a number of indices of development, the poor countries are highly indebted externally.

They seem to adopt a similar attitude of begging situations in a ‘non-negotiable” competitive economic system. They tend more to beg for fair trade policy, transfer of resources and technology.

economic assistance, foreign aid and debt relief from the rich North to them. This is the paradox of progress and despair between the rich and the poor.

There is an uneven distribution of natural resources. This introduces the other dimension of our concept of the rich or the poor.

Unless specified in the language of measurement, it is a relative thing to just pass a remark that a country is rich or poor. The obvious
question is in what context? Is it by the endowment of natural resources? Or technology? Or Capital? Or labour? Meanwhile, the focus is on natural resources.

When it comes to natural resources, whether solid minerals or liquid oil and gas, a number of ordinarily poor countries are rather very rich.

Conversely a few rich countries in technology are rather poor in natural resources. What does this say further on the nature of international economic system? It is that states are interdependent on
one another, No state is in a condition of autarky; so self sufficient and self-fulfilling to constitute an island.

When it is observed that mineral resources are vital, it makes more sense only when what they are used for are value specific. For cobalt resource, it is a natural solid mineral, which is used in the
manufacture of aircraft engine??.

Nigeria is not left out in the blessing of liquid mineral resources. The country is very rich in crude oil and gas that represent the main world energy
needs. Today, Nigeria is over dependent on oil as the commanding

height of its economy. Oil fortune seems to have turned Nigeria into oil misfortune to the extent that the gross dependence oh oil has “destroyed’ virtually every incentive to diversify the economy by negating due attention to the application of technology to agricultural and industrial sectors.

Aside natural resource potentials, Nigeria still ranks among the least developed countries in the world
A country that persistently imports what it has the capacity to produce could not harvest progress but backwardness.

Not surprisingly, Nigeria begs everything including the cancellation of its approximately $28 billion external debt.

The emerging issue, however, is that the possession or lack of natural resources has become an increasingly important power factor
as industrialization and technology have advanced”*
By contrast to Zaire, Zambia and Nigeria, Japan is an economic superpower that is poor in natural resources.

The Japanese imports virtually all their primary energy supplies-oil, gas and others. Japan has scant natural resources, and has to depend increasingly on foreign sources for natural resource needs 35.

The U.S A. is the strongest economy in the
world. It stands between the two extremes in its level of dependency on resource imports, and is at least moderately vulnerable because of its foreign dependency for many minerals” The considerable
interest of the western countries, particularly the U.S.A in Nigeria is not unrelated to the virgin nature of the country in natural resources
of a wide range.

The North-South divide is another picture of international economic system. In development analysis, countries fall into clusters as per the capacity to command, control and manage natural,
economic, technological and human resources. In this context, we shall limit ourselves to only two poles of development analysis.

The North is the productive workshop of the world with the group of seven (G-7) largest market economies, and the developed centrally planned (now socialist-market) economies?

The North leads in the flow of trade, capital, science and technology and foreign direct investment. The MCs in the North are many and highly resourceful, and thus creating myriad complex relationship in the world economic system. Although the North is presented as prosperous, all is not always well.

For example, the recent collapse of the Soviet Union and, its former Eastern allies put their ‘individual’ economies and their per capita GNPs below those of some countries traditionally classified as being
in the Third World. Yet, these countries are developed to the extent that they have more infrastructures? Their core problem is one of
economic recovery.

which is easier than the serious issue of economic development. Since the 1990s, the North’s economic boom is in crisis due to:

A) the rising cost of energy 1?
B) monetary exchange rate volatility
C) industrial competition and challenges from a tew newly industrializing countries in the South
D) adoption of policies to combat inflation rather than encourage growth
E) trade issues bordering on protectionism and
F) peculiar domestic difficulties of countries.

In spite of these, the strains are not sevère enough to weaken the North and its future.

On its part, the South is a zone of poverty and
underdevelopment. By geographical and historical coincidence, majority of the less developed counties are found in the Southern hemisphere.

were victims of European imperialism and colonialism. which distorted and disarticulated the pre-capitalist economies in the 19th century.

Yet, the post colonial states have had opportunities to develop but failed due to more investments in corruption, political struggles and ethnic cleansing.
Generally, the South is backward in economy and technology, The majority of countries are generally dependent in trade, finance, military, science and technology, foreign aid and economic assistance.

Most adopt the attitude as if the North owes them an obligation of development or transfer of resources.

That development is a function of local milieu is still in word and not action or deed to most countries of the South. Although they are rich in natural, economic and human potentials, they still lack the
technological capacity to initiate and sustain economic growth and development.

To this end, foreign economic and other interests have continued to dominate and exploit their natural, economic and human resources. The MNCs of the North have adopted far superior strategic trade policies that are too difficult for the weak economies to contend.

The MN has been described as a predatory octopus, its tentacles reaching out to grasp and swallow a small ‘Fish’ The South is a scene of widespread deprivation. It has about identified least developed counties, those with a 1987 per capita GNP of $480 or less

Lack of adequate nutrition, medicare and education creates a debilitating cycle The wealth ratio between the North and the South widened from 13.4 to l in 1980 to 14.7 to 1 in 1990.

According to Prof. Rourke, the per capita GDP of the most impoverished countries inched up to only $290; resulting in a wealth ratio- “Chasm is a better word- of 43 to 1.

The future of the South
is frightening. For instance, once agriculturally and food sufficient

Sub-Saharan Africa now imports more than 50% of its food at an annual cost of $3 billion Per capita food production declined in 88 percent of the region’s countries between 1975 and 1989.

The picture is worse since the 1990s due to rising domestic political crisis, including high premium placed on corruption in both public and private sectors.

The obvious is that the North-South axis is a source of tension in the world as the rich is getting richer and the poor is getting poorer.