Rapper Sarkodie has announced a date for his Black Love Virtual Concert as part of his plans to get his fans and music lovers entertained in this COVID-19 era.

Announcing the date on his social media handles, the ‘Ofeetsor’ hitmaker called on his fans to spread the news as they work frantically to stage the first-ever self-hosted virtual concert. 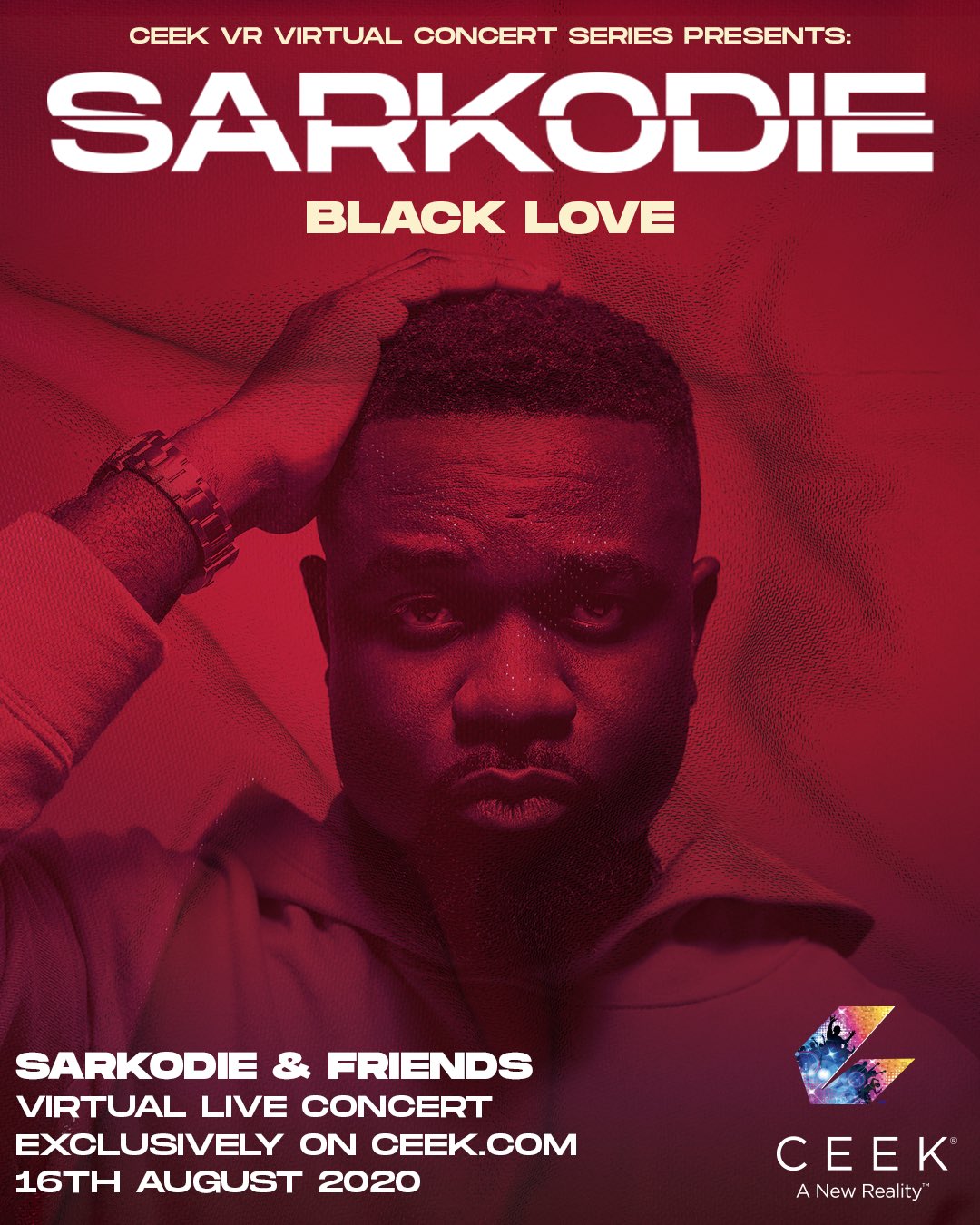 Will be streaming Live on http://ceek.com … SarkNation spread the word !!

The twist to his concert is that it will be streamed live on Ceek unlike his counterparts Stonebowy, Samini and Shatta Wale who made good use of YouTube for their concerts.
His announcement came along with artwork with the inscription: Sarkodie & Friends Virtual Live Concert Exclusively On Ceek.com. 16th Agust 2020.
Sarkodie, just like any other entertainer, has been hard hit the stings of the Coronavirus. However, he has managed to release some great pieces of songs that are doing quite well this year.