According to the Guinness Book of Records, sultan Moulay Ismail ibn Sharif fathered more children than any other man in recorded history.

Sultan Moulay ibn Sharif, the most powerful ruler of the Moroccan Alaouite dynasty, died in 1727. He acceded the throne in 1672, which means that his time was almost contemporary to the baroque period in Europe. The sultan’s extravagances exceeded even those of the European baroque rulers such as Louis XIV. 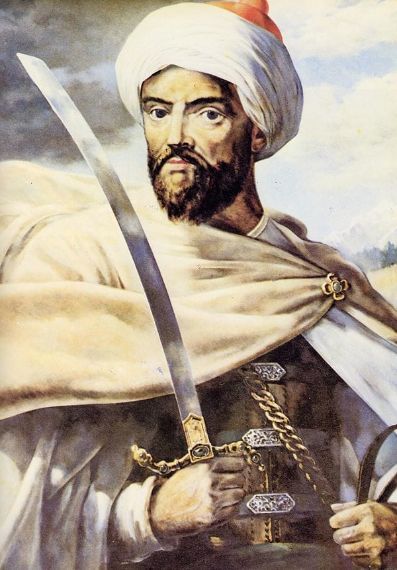 According to the Guinness Book of World Records, Moulay Ismael, with four wives and at least 500 concubines, sired an estimated 1042 children (they recently raised their estimate from 888).

That feat is even more incredible when one notes that Moulay Ismael, demonstrating just how deep his cruelty went, ordered that all the female infants of his concubines be smothered when they were born their midwives.

He was fiercely protective of his four wives and 500 concubines. Whenever a tribe surrendered to Moulay Ismail, the leader was forced to offer his most beautiful daughter to the sultan as a gift.

The women were treated like Ismail’s favourite toys. Each concubine was granted a personal eunuch, a castrated male slave, and an odalisque, or female attendant.

The lake-like Bassin de l’Agdal in Meknès served as an emergency source of water in times of war and a pool for his concubines in times of peace.

Men who merely glanced at one of his wives or concubines were punished death. It’s said that men who encountered the sultan’s women laid facing the ground, so as to avoid any accusation of having looked upon them.

If any of Ismail’s harem were suspected of adultery, they were severely punished or put to death. The women were either strangled the sultan himself or had their breasts cut off or teeth extracted.

The sultan died in Meknes, Morocco. The current king of Morocco is his descendant.

Watch The Documentary Below: