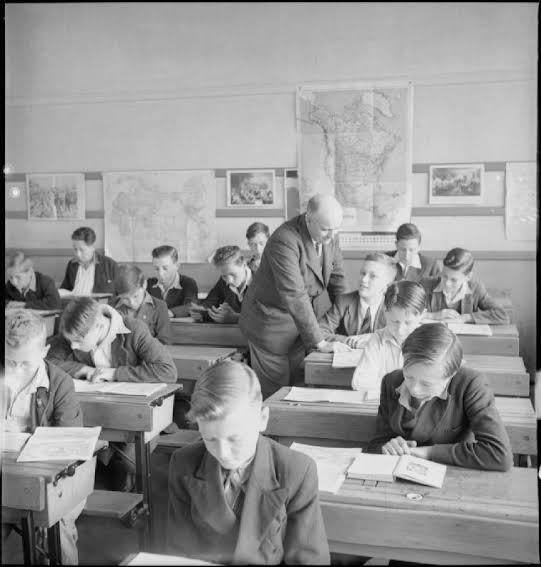 The history of the development of educational research can be traced to the late 19th century and particularly to the time of Edward L. Thorndike
(1874-1949).

Thorndike carried Out pioneer research work not only in learning theory but also in areas of comparative psychology, intelligence testing, verbal behaviour, transfer of training, and the application of quantitative measures to socio-psychological problems.

His years of animal research were summarized in his doctoral dissertation entitled Animal Intelligence:

«An Experimental study of the Associative processes in Animals”

published in 1898. Thorndike sought to
change education through research and worked like
a scientist in the laboratory. This approach marked
the beginning of the acquisition of prestige for
educational research. Thorndike’s work on verbal
behaviour or simply word counts provided the basis
for a new method of developing the dictionary,
which earlier lexicographers did not imagine.

Sidney L. Pressey was the first to develop the idea
of programmed learning with the invention of his
“Testing Machine” in 1927. Pressey’s idea was
good and the machine was effective, however, it did
not become popular at the time he proposed it.
Programmed learning was later popularized by
Skinner in 1958.

While Thorndike, a leader in behaviorism, was the originator of connectionism, skinner developed the operant conditioning idea in stimulus-response theory. Skinner was a highly prolific writer and sought to relate his laboratory findings to the solution of human problems. His publications
include:

Jean Piaget’s major contribution in educational
research began with his appointment as the director
of research at the Jean-Jacques Rousseau institute in Geneva.

Piaget and his wife made careful observations about their three children on intellectual development and variables influencing the test pertormance
of children, and he soon became an internationally known authority in child psychology with their publication in 1958. Piaget’s theory has greatly influenced educational practices in various countries of the world, especially in formulation of educational policies and curriculum development.

Edwin R. Guthrie’s major work waS “The psychology of learning” published, in 1935.

Edward G.: Tolman’s contribution was on Molar Behaviour, as expressed in his book titled “Purposive Behavior in Animals and men” (1932).

Clark L. Hull contributed so much to learning, and his major book on learning was “Principles of Behaviour” (1943).

Max Wertheirmer was the founder of Gestalt
psychology.

Other Co-founders of Gestalt psychology are Wolfgang Kohler and Kurt Koffka.

The famous work of Kohler was on “The Mentality
of Apes” Published in 1925. Kohler’s experimental
atrangement involved a detour problem, in which an animal could clearly see his goal but is unable to
reach it directly.

Ivan P. Pavlov was the Originator of classical conditioning in stimulus-response theory.

He carried out experiments on psychic reflexes using the dog and salivation in response to the stimulus of food.

The findings of Pavlov and skinner contributed
much to the development of Associative learning, in this modern time.

Currently, the trend in educational research is towards. the new information technology popularly known as the INTERNET.  This 20th century invention has been utilized in educational communications and technology in developed countries such as United State and Britain.

According to the Association for Educational
Communications and Technology (ACT 1994),
the United States National Commission on Libraries
and information science reported that U. S Libraries are connected to the Internet. AECT also reported progress in hypermedia technology at the University of Toledo in Ohio, and Indiana University where electronic classrooms have been created for the use of multimedia.

In Nigeria, most research activities in education
were based in the faculties of Education in Nigerian
Universities and Colleges of Education. The
Nigerian Education Research and Development
Council (NERDC) is a separate Federal
Government research organization in Education.

The Comparative Education study and Adaptation
Centre (CESAC) of the University of Lagos was set
up by the Federal Government to evolve a system of
education suitable to the needs, conditions, and
aspirations of the nation through research-oriented
approach. There are research and planning units at
the Federal and State Ministries of Education.
However, apart from various curricular
development projects at the Ministries of Education
there has not been any significant break-through in
educational research so far in Nigeria.

The reasons for this poor achievement in research were extensively discussed in the last section of this
chapter under the problems that impede the
development of research in Nigeria. However, it is
hope that Nigeria would make necessary preparations as soon as possible to be connected to
the Global Internet, and join the developed countries towards the current trend in Educational Research and Information Technology.

History is filled with records of man trying to find

solutions to perplexing problems in his environment. These attempts by man to probe into
the unknown facts has assumed several dimensions
and conflicting practices. The only rational approach therefore, is to adopt a systematic inquiry
towards the exposition of these facts.
Hence, research is a systematic inquiry towards finding solutions to the problems that confront man in all aspects of human endeavours.

“Systematic inquiry into the. It involves the application of scientific procedures in finding solutions to problems of teaching and learning, or other aspects related directly or indirectly to the teaching-learning situation. Hence, any topic relating to education in the following areas Psychology, Guidance and Counseling, Administration, philosophy, Sociology, Curriculum, Educational Technology, Measurement and Evaluation, etc. will qualify to be classified as an
educational topic for research purposes.

Educational Research is a scientific activity and
involves a set of sequential steps which constitute
the research process, as remarked by Borg and Gall
(1979), Nworgu (1991), and Nkpa (1997).
These steps are:

Identification and definition of problem

Formulation of hypotheses and questions

Constructing the research plan for collection

Educational research can be classified in two ways,
depending on the purpose/objective of the research,
and the methods of investigation.

When classification is based on the purpose of the
research. there are two distinct groups-basic and applied research.

This jpe of research is geared towards extending
The frontiers of knowledge. Its findings are used
the development of theories that will lead to tho
advancement of knowledge in the particular field of
study. According to Nworgu (1991), basic research
is not concerned with the usefulness or application
of its findings to practical problems.

Although the findings may later be applied to practical problems of social value, however, the researcher is only interested in formulation and expansion of theories using such findings or results.