Many Ghanaians and fans of Shatta Wale are calling on the state to handsomely and publicly reward him for getting featured Beyoncé on the ‘Black Is King’ album.

The demands of these Ghanaians and die-hard fans are premised on the fact that the celebrated Reggae/Dancehall artiste has worked hard to get Ghana represented on a bigger platform. 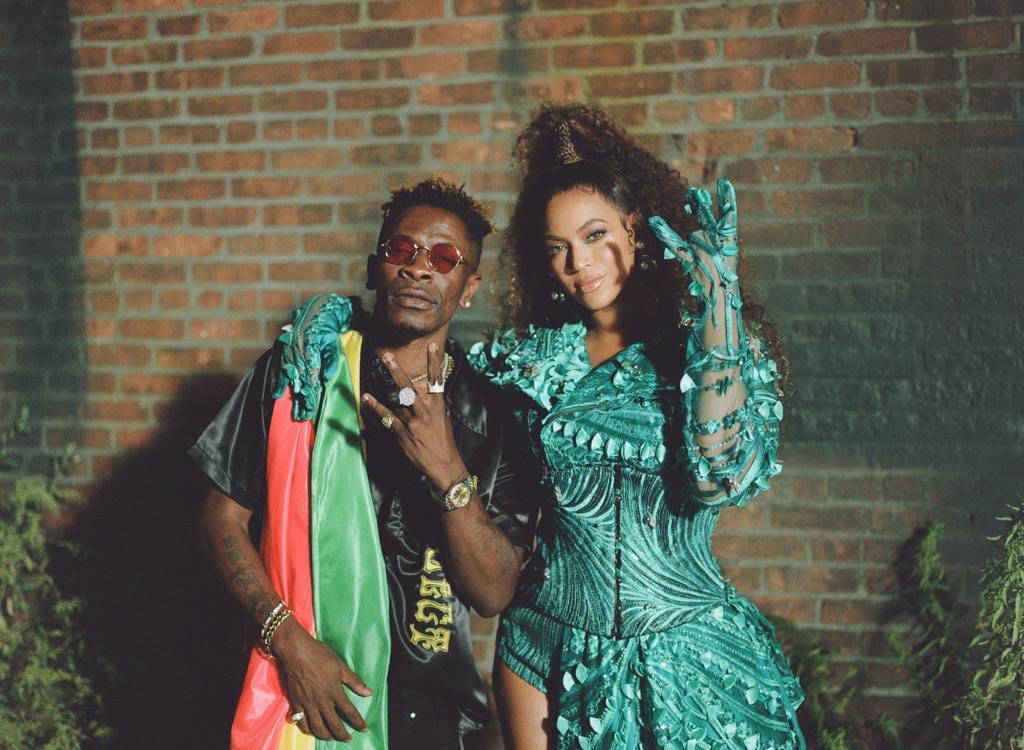 According to the conviction of many, for Shatta Wale to get featured on a whole album Queen Beyoncé gives credence to the fact that he has worked hard and deserves to be adorned with great acknowledge from the state.

In several tweets, many believe Shatta Wale has opened the gate for the world to refocus their attention on what Ghanaian musicians and entertainers are doing differently that needs more attention and support.

Although the feat chalked the ‘Melissa’ hitmaker has been well acknowledged all Ghanaians with additional appreciation coming in from people in authority and celebrities, his fans and a large section of the populace believe he needs a state reward.

The hashtag #StateReward4Shatta is being used to send the message across to people in authority especially President Akufo-Addo to do the needful honouring Shatta Wale for a good job done.

Some Of The Tweets That In Line With This Demand Are As Follows:

@shattadracula writes: Ghana government we know “you” doesn’t give the required attention the Creative art industry as deserved but we the youths are really pushing hard for that recognition. @shattawalegh has once again putting Ghana on the global map and needs to be rewarded.

@flexkgermain wrote: Tonight we just want to bring something to the attention of the state reminding the nation that, what @shattawalegh has done for Ghana music is the same as when a boxer go and win a fight for boxing get rewarded. Ghana should reward Shatta Wale! #StateReward4Shatta

Shatta Wale has done a lot for the industry. Artiste used to take peanut for shows even Kabutey, but now because of Shatta Wale all artiste get paid what they deserve. Thank you my King

If two BETs cannot convince partners and seal a deal for you, why then do you argue or take offence if they say Beyoncé is bigger than BET!!!

SHATTA WALE life history is the real definition of Motivations. See where he is coming from and see where he is now. And he is still moving on. U need not to read any motivational words. Just study SHATTA WALE’S life and Never give up.#StateReward4Shatta

#stateReward4shatta
Ghana government we know “you” doesn’t give the required attention the Creative art industry as deserved but we the youths are really pushing hard for that recognition.@shattawalegh has once again putting Ghana on the global map and needs to be rewarded.

In an appreciation tweet, Shatta Wale expressed gratitude at the campaign staged his fans and Ghanaians to have him rewarded for going against all odds and rising from the doldrums of doubts, deprivation and naysayers to the top echelons of power, international appeal and great achievement.

As many retell the hustle story of Shatta Wale and how he used to walk on the streets and slums of Nima with an unquenchable desire to see himself at the top, many are motivated and inspired to rise, work hard and achieve great success.

Just came here and I’m seeing #StateReward4Shatta from my fans, Eii this my empire lol I love y’all